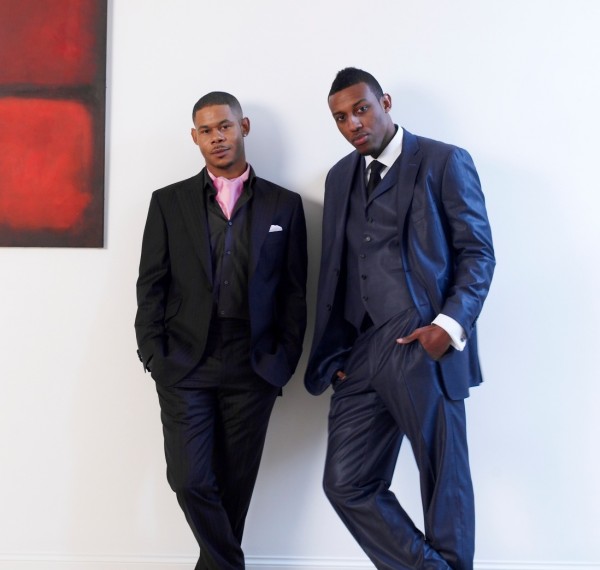 Heartbreaker is the incredible new single by up and coming stars Alfie Behaviour which is released in spring 2012 and will be available on ITunes. The brothers, who formed their own music genre: ‘R&P’ (A mix of both RnB and pop) have already made a name for themselves with their debut single ‘Gots to Go’ being chosen by BBC1’s Ras
Kwame to feature on his podcast which showcases the best in UK urban talent.

You may remember the brothers who have also had success with their second single ‘Sweat’ which has received a tremendous 200,000 views on You Tube and has beat stiff competition to hold Blackbaby Radio’s coveted ‘Song Battle’ title (For the hottest new record) for 3 weeks in a row.

Brothers Deore and Shay from South London combined their musical talents and have already collaborated with a handful of top urban artists including Kele Le Roc, Richie Dan and Darren Martyn. They have supported a large number of UK urban artists boasting names such as: Chipmunk, Omar and Tinie Tempah as well as performing at various well known locations such as Ministry of Sound in London, Liquid in Portsmouth and 2010’s London New Year’s Day Parade as well as performing at one of London’s biggest Melas with coverage from BBC Asia.

Their new single was recorded at the famous Berry Street Studios which has played host to a number of successful artists including Elton John, Freddie Mercury and Radiohead. Their new track has been nurtured from the beginning, with the brothers commenting: “It’s so good to see the energy from recording this track evolve into life and it shows how well it works.” They added: “We enjoy performing it and people seem to take to it quickly, it’s up tempo and always leaves us out of breath, so it’s a great track to perform as well as listen to”.

These rising stars have come from a rich musical background and have already made an appearance on GMTV singing Sean Kingston’s “Beautiful Girls”. As well as their  TV work, they have had a number of successful radio interviews including Sue Marchant of BBC East, CL Smooth of BBC Three Counties and an impressive number of FM radio stations across the United Kingdom.

Shay and Deore have recently engaged in a number of large radio promotion tours resulting in a nomination for artist of the year award for Venture Radio. Their fourth single ‘Superhero’ was nominated for Radio Six International’s coveted Record of the Year award, as well as boasting a large online presence with their You Tube video views in excess of 500,000 and a solid fan base on social networking sites such as Facebook and Twitter they are currently one of the UK’s hottest new acts.