& Alfie’s Angel of the Month goes to…… TASHINGA!! 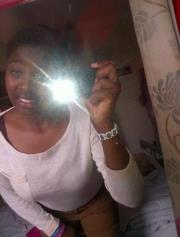 Ok so, every month we like to show our appreciation to one fan for their continued love & support & this month we just want to say a special thank you to our babygirl Tashinga!! Love ya millions

Add her on Facebook or on Twitter, let’s keep building the Alfie Behaviour family & take over the world together peeps

Remember guys, we do this every month so just because you didn’t get picked this time, doesn’t mean you won’t next month! xxxx

On Sunday, we performed at SumFest UK in Sheffield and we’ve got to say it was DEFO the BEST show we’ve had in 2012! The crowd was amazing and of course the cherry on top was catching up with Aunty Special K

Here’s a couple of pics: 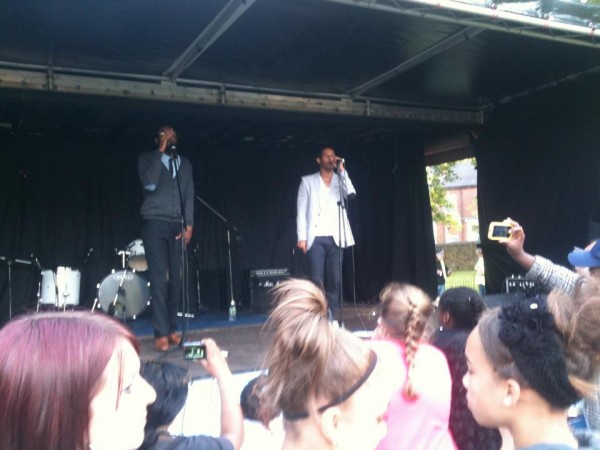 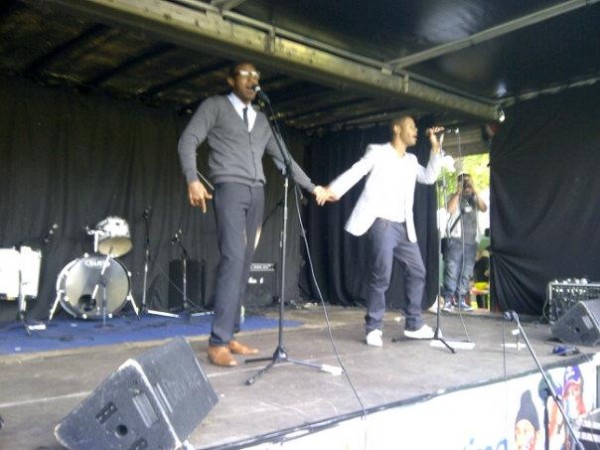 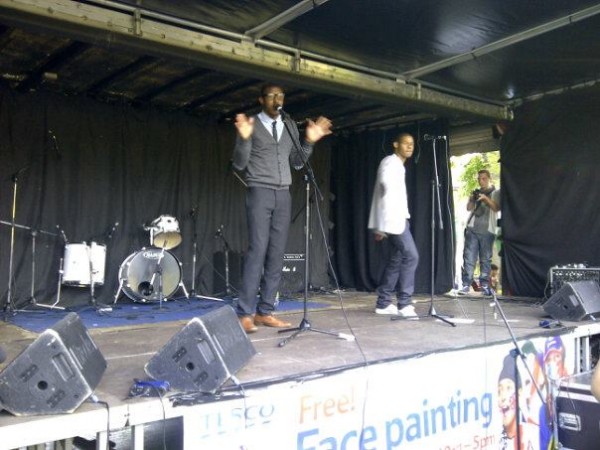 It’s always nice to make new fans along the way so BIG UP Tashy who wrote this on Twitter:

@AlfieBehaviour your amazing! Got a pic wiv you!

And finally, a MASSIVE shoutout goes to everybody who came out to show us support, to all the staff (Interviewers, photographers, backstage staff) who looked after us throughout the day, to all of the other very talented acts & most importantly Special K! It’s inspiring to see somebody give so much back to her community so we were glad to be a part of it!! 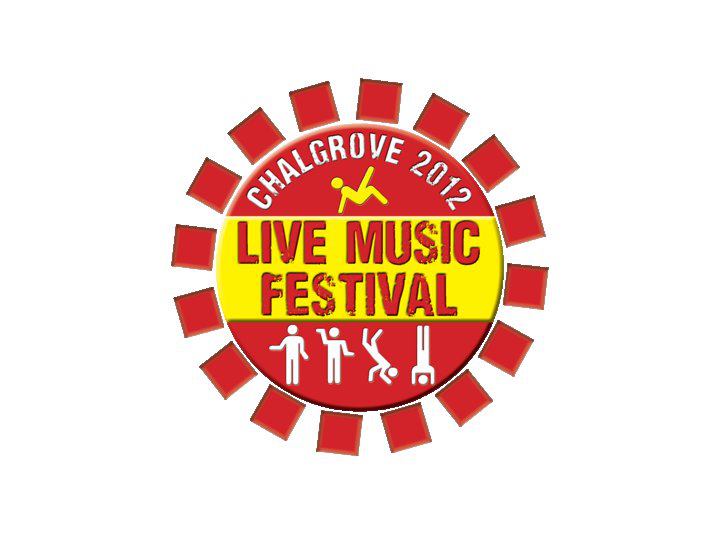 Chalgrove Live Music Festival is an annual Charity Music Festival
Raising much needed funds and awareness every year! From small lesser known charities to bigger and the very well known!

We’re super stoked to be performing at Sumfest UK, Sheffield on Sunday 29th July as part of the celebration of the launch of Steel City Radio!!

We are really looking forward to returning to Sheffield (our new home away from home) after the warm welcome we received last time we were there – it’s been too long!

To all our Sheffield peeps, make sure get yoursen down there cos it’s set to be reyt good ;0) What’s more, it’s FREE!!

All the information you need is at http://www.sumfestuk.com/entertainment.html 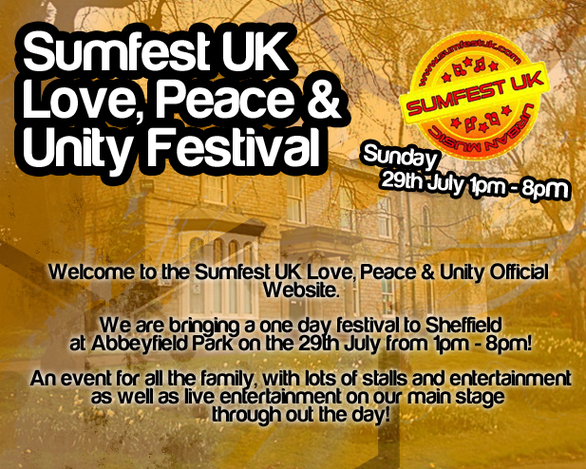 Fancy something different?  Why not join us for a night of vintage entertainment, headlined by yours truly, on Friday 14th September at Warlingham Rugby Club.  With a jam packed schedule of 40’s and 50’s inspired musicians and entertainers, delicate bite size treats that wouldn’t look out of place on a table at the Ritz and a few other unique surprises get your vintage glad rags on and take a step into English Surburbia to discover The Lost Tea Party.  To buy tickets and for more information go to the website at http://www.reddressproductions.co.uk/index.php/evnt. 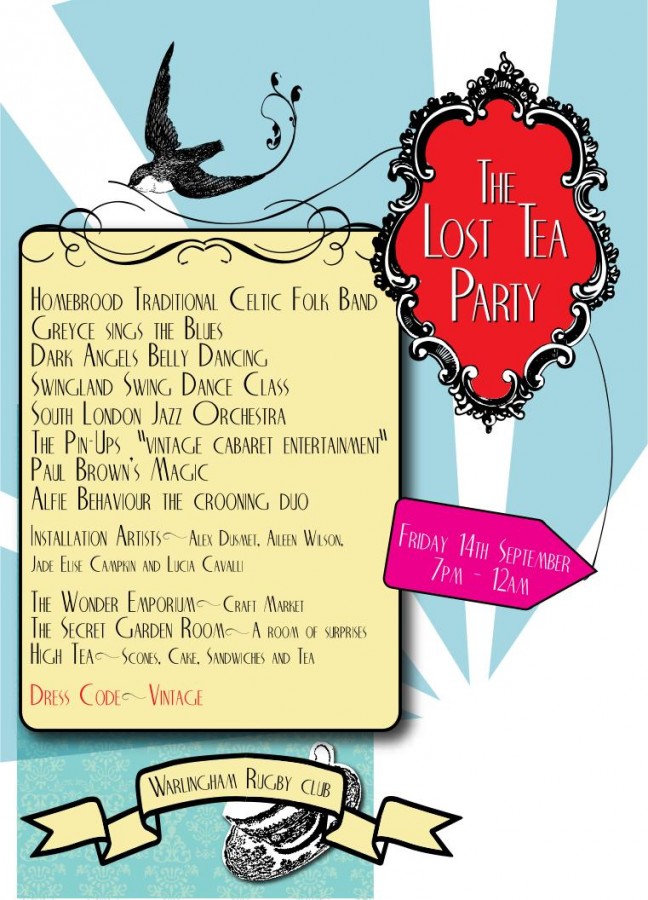 To be considered to play at the most prestigious and exclusive event that will be attended by the world’s press and tens of thousands of visitors we need YOU to LIKE us on www.emergingicons.com.

All you have to do is to hit the WHITE STAR to LIKE us on our profile at http://www.emergingicons.com/10967/AlfieBehaviour

More GREAT NEWS ppl!! From 7,000 entrants spanning 80 countries worldwide, we’ve been named as one of the semi-finalists for the Unsigned Only music Competition!! The Grand-prize winner gets a once-in-a-lifetime opportunity to be mentored by the likes of industry legends: Angie Stone, Musiq Soulchild & Kelly Clarkson! So hopefully we’re selected! If not, getting this far is a great achievement in itself & one which we thought we’d like to share with you guys 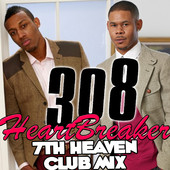 Every month we like to take the time out to thank one special fan for their dedication, love and support throughout the month. So our Angel of the Month award for June goes to Lisaanne!! Luv ya baby girl

L&O Music goes Global this weekend!….played to 2 million listeners on Radio worldwide, making it one of the biggest dance syndicated radio shows on the planet. This show goes out to over a hundred major & indie radio stations world wide & our brand new single ‘Heartbreaker’ has been selected as one of the three top picks from the tracklist! Check it out here:  http://www.mixgeselle.com/?p=316